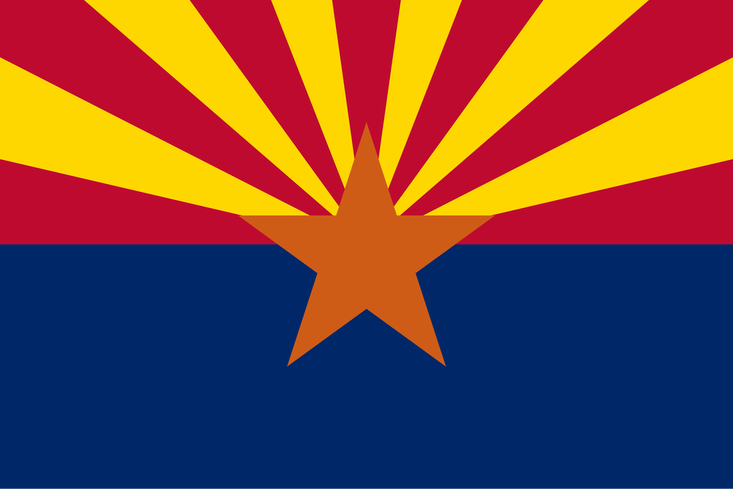 📌Special Guest Sun 7AM 📌URGENT Call to action - HR1📌
Join us Sunday morning at 7AM for a special presentation.
PLEASE take action on HR1/S1 by calling your US Senators Kyrsten Sinema 602-598-7327 and Mark Kelly 602-671-7901 (see full details at the end of this email).
Everyone, please share the memes located at www.powerofthememe.com Currently, we are asking for assistance in  Demand NO on HR1 so please share those memes.     Thank you so much for your interest to assist! THANK YOU FOR BEING PART OF ITSMELLSFUNNY.COM
If you are in Arizona, please download Campaign Sidekick and help us with our grassroots efforts!
Join us everyday at 7AM, 11AM and 7PM
Topic: Canvas Q&A and Election Integrity related topics
Time: 7AM, 11AM & 7PM AZ time (meetings are subject to cancellation w/o notice - if meeting does not start within 5 minutes, host has a conflict)
Join Zoom Meeting
https://us04web.zoom.us/j/5502696574?pwd=cHVORTNERWlrSWpQZ3dwSkJuY0pDdz09 (Cut and paste this link)
Meeting ID: 550 269 6574
Passcode: integrity

The passing of HR1/S1 is NOT good for America, HR1/S1 WILL bring an end our freedoms. I beg each and every one of you to (1) read below in full, (2) pass along to every person you know (Democrat and Republican), and most importantly (3) send messages to the White House, your US Senators and Congressman imploring they vote against HR1/S1. Contact your state reps and Governors, they have access to the powers and the possibility of blocking at the state level. If enough states scream loudly the federal government will have great difficulty. PLEASE, PLEASE, PLEASE...... ACT NOW or you will regret for years to come.
The Democrats hold the White House, Senate, and Congress, and now want to attack the U.S. Constitution. THEIR AIM is to CREATE A SINGLE PARTY SYSTEM. A single party system = COMMUNISM. These are the most important days, weeks, and months we will encounter in the history of our great country.

They are using COVID-19 and their new found power in the three most important houses in our Government as a stepping stone to change what each and every American including Democrats, Republicans, and Independents hold dear…our FREEDOM. They want to permanently change our voting system so there is no possibility any other party will ever gain power again. Make no mistake, they want pseudo COMMUNISM. Do not view my words as dramatic nor theatrical, this is the TRUTH. How would you define a single party system?
The stakes have NEVER been higher.
Think about this for 10 seconds > SINGLE PARTY SYSTEM. No checks and balances, they CONTROL EVERYTHING.
In short, they want to change the rules and place ALL power in the hands of the few molding the Constitution as it benefits them. Much like Socialism, the few will benefit and mainly to those who have sworn their complete allegiance to the beliefs and principles of the modern Democrat Party (the “modern” Democrat Party no longer embrace the same principles as years gone by, they are now extreme “Leftists”). The “few” is defined as less than .01% of the population, not the 50:50 distribution which best describes the distribution and citizenship of the parties today.
The plan is simple and has been on the boards (I am sure) for years………….
Included in HR1…………..

1.      Internet-only registration with electronic signature submission. In other words, no voter ID. ZERO traceability!!!
2.      Nationwide AUTOMATIC ‘Motor Voter’ registration. If you get a driver’s license, you are automatically registered to vote. This INCLUDES ILLEGAL immigrants!
3.      16-year-olds required to be registered to vote. How many 16 year olds have the mental capacity to make decisions such as affecting the outcome of our elections?
4.      Nationwide same-day registration.
5.      Grants ($25M) for using minors in election activities. [brainwashing]
6.      Prohibits attempts to clean voter rolls of non-residents, the dead, and those whom have left the state.
7.      Murderers and rapists can vote.
8.      Mandatory early voting (why? So the vote count may be shifted?)
9.      Banning voter ID - Welcome to the banana republic - They say it is "racist" to ask for IDs. What can be more racist than to say you do not have the mental capacity/wherewithal to secure a govt issued ID?
10.  Roadwork for DC statehood and territory statehood - this will add (no question) more democrat senators and congress people. Puerto Rico is next!
11.  It gives federal workers SIX DAYS of paid vacation to work the polls.
12.  The bill provides stiff penalties for anyone who ‘harasses’ poll workers and government administrators. Questioning election results, ANY QUESTIONS, can be prosecuted under a broad definition of what constitutes harassment.
13.  Change the structure of the Federal Election Commission from a six-member, bipartisan Commission into a partisan-led five-member Commission and create a new Chair, designated by the President.
14.  The new FEC (BIGGER government) will have the unlimited power to subpoena witnesses, compel testimony.
15.  The new system will use taxpayer dollars to fund campaigns by creating a 6:1 match on each donation under $200, authorizing up to $1,200 in taxpayer dollars to be provided from the federal government for a political campaign.

The next goal is to change the entire make-up of the country………………………….
​
Expand the Supreme Court – Much of the legislation they will soon introduce will be blocked by the Courts (including the US Supreme Court) as it will be in direct violation of the U.S. Constitution, or at the very least, violate the spirt of the same, and dismantle the greatest Constitutional Republic in the history of the world. With the expanded court they will add seats and then appoint judges who do not follow the US Constitution but rather the will of the most radical form of Democracy.

Expand the Number of Representatives – Puerto Rico and the District of Columbia will be added as states in an effort to expand the influence of their party. Washington DC is overwhelmingly Democrat while Puerto Rico, as a territory of low income inhabitants, will install Democrat Congressional Reps and Senators. The balance of a 2 party system will fall and the will of the Leftists will operate unimpeded.

Dismantle the Electoral College – With very large concentrations of population in cities and states, the Electoral College provides balance allowing the weight of an entire state to determine whom they desire to be President. The Electoral College supports the intentions of the founding fathers that no one group is more important than another. With the Democrat’s push to welcome ILLEGAL immigrants and eventual path to citizenship, and then the deletion of the Electoral College, the equality of voting power is eliminated. Factually, lower income groups vote overwhelmingly Democrat, a habit which has not bode well for their communities; a subject for another discussion.

Federalize the US Voting System – With the highly likely fraud which occurred in the 2020 election, the Democrats aim to federalize the US voting system allowing for mail-in voting, ballot harvesting, and auto mailing to all adult citizens. There will be no purging of voter roles nor verification of identification. If you have any doubts of the 2020 fraud, view “Absolute Truth” by Mike Lindell at rumble.com. This all begs the questions, why are the Democrats pushing mail-in voting and/or ballot harvesting so hard, why fight a full forensic study, why have social media and liberal news stations applied a black-out against any discussions? This is not the country we love and respect, these are 3rd world/Communist practices which must be prevented. They say it mail-in voting eliminates voter suppression/racism; what is more racist than saying you are not capable of voting without complete Government assistance? For example, Arizona has pushed forward with performing a full analysis of the 2020 election; they have identified THOUSANDS of fraudulent votes. We cannot allow a federalized voting system. Whether Democrat or Republican, at some point you will disagree with one candidate or another. The Federal Government cannot take full control, we will never have a free election ever again. The citizens OWN this country, NOT the politicians.
Ballot Harvesting - Ballot harvesting is the process where organized workers or volunteers--people you don't know--collect absentee ballots from voters and drop them off at a polling place or election office. Nothing can go wrong there; right? Some are so hungry to have voters participate in the process that they are willing to lower the bar for how ballots end up at the election office. They are so anxious to do this that they will sanctify any hare-brained scheme to raise the voter count. They forget we live in a free country where it is the right of everyone who meets the requirements to vote or not to vote. Not voting is a statement and a right of every citizen. Then you must think why are people trying to make it so effortless to vote. You don’t have to think about the act of registering. The ballot gets mailed directly to you. Someone comes to your door and picks it up. Never having to prove you are actually a person eligible to vote. One might think that someone should have to put a little effort into wanting to vote. Learning about the issues. Eager to receive their ballot so they can participate in the election process. No some want to dumb this down to the lowest common denominator and toward what end? It makes sense that the same people who encourage ballot harvesting are against voter ID laws or having county registrars clean the voter rolls. Really?!? It is not a farfetched idea to think they have ulterior motives other than getting a higher voter turnout. If they do not have an ulterior motive when they are ballot harvesting, why are they only doing that at homes they believe support their partisan interests instead of all homes to enhance the overall voter turnout? This is for purely partisan political interests; thus, it is obvious to common-sense minds that there will be fraud involved. Someone will take the process to the limit and then exceed the limit.

With a single party system you will have COMMUNISM or a derivative thereof. With this new single party system an individual or group of individuals (not unlike Lenin and the Bolsheviks or Hilter and the NAZIS) will possess unlimited power who will take the advantage and turn our country into a Socialist nightmare. If you think this will never happen you should speak with those in Venezuela or Russians, Chinese, or Germans who know the history of their Socialist origins. Before you think this will never happen consider the following. Leftist Democrats believe anyone who voted for President Trump are “enemies of the state”. Really? Consider most within the military and law enforcement community including 50% of American citizens voted for President Trump. Are 50% of American citizens enemies of the state? Will they shut down churches? Force electric vehicles upon all? Eliminate cheaper energy in the name of “saving the environment”? Shutdown all churches? Will they continue their crusade in social media and censure all views in opposition to their own? The list goes on and on; sure sounds like Communism to me.

What can you do? Contact your representatives in state AND federal levels of Government. Contact your state and federal Congressman or Senators. Tell them you do NOT support HR1 and demand they vote against it. Tell them you want election systems administered at the STATE LEVEL and NOT the federal level. Tell them any changes reestablishing the integrity of our election systems should be negotiated and established at the state level and NOT at the federal level.
Remember, this is YOUR/OUR country. The USG has NO MONEY. They spend YOUR/OUR money with reckless abandon unless you complain. They install laws which affect YOU and US… they are the hired help. Tell them you do NOT want nor accept their ideas. TAKE BACK OUR COUNTRY!