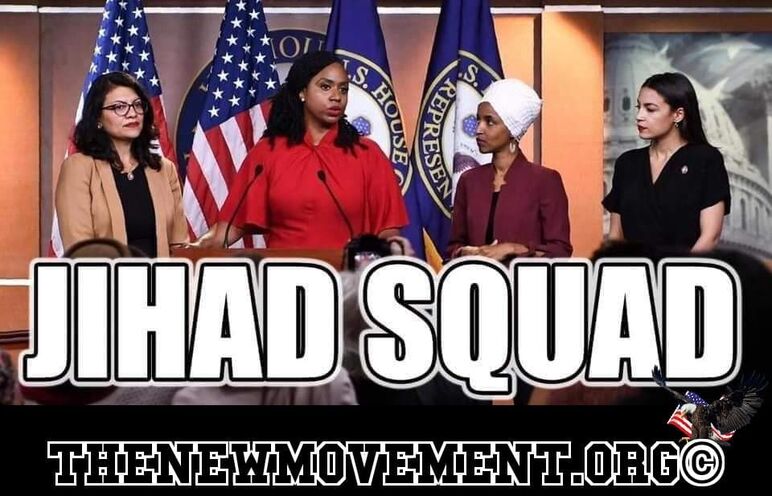 Who is running the Democratic party?
​Is it Speaker Pelosi or is she being over run by junior members?
According to the president, the impeachment inquiry is nothing more than another witch hunt, a clear reference to Special Counsel Robert Mueller's investigation into alleged collusion between the Trump campaign and Russia. Mueller ultimately said no collusion took place and failed to make a determination that collusion took place.
Trump also used the opportunity to unload on Speaker Nancy Pelosi (D-CA) over allowing freshman Democrats to have control over the party.
"Now, in the House, they have the majority. They all vote with AOC and plus three. Nancy Pelosi is petrified of them," he explained. "I mean she’s afraid she’s going to lose her position. Nancy Pelosi will lose her speakership right after the election when the Republicans take over the House.”
https://townhall.com/tipsheet/bethbaumann/2019/10/04/trump-unloads-on-pelosi-youre-afraid-of-aoc-and-her-squad-n2554220

The White House on Monday fired back at Democrats amid reports that they may be planning retaliatory moves in Congress against two top American and Israeli diplomats in response to Israel’s decision to block Reps. Ilhan Omar and Rashida Tlaib from entering the country.
According to a weekend report in McClatchy, senior Democrats in Congress are considering legislative action against Ron Dermer, Israel’s ambassador to Washington, and David Friedman, the U.S. ambassador to Israel, in response to the decision not to let Tlaib, D-Mich., and Omar, D-Minn., enter Israel.

​We Stand with President Donald Trump WHO said the far-left Democrat “Squad” has uttered some of the most “vile, hateful, and disgusting things” ever said by a lawmaker on Capitol Hill and party leadership is unwilling to take them one due to fear of the “radical left.”

“The Democrat Congresswomen have been spewing some of the most vile, hateful, and disgusting things ever said by a politician in the House or Senate, & yet they get a free pass and a big embrace from the Democrat Party,” the president wrote on Twitter.

“Horrible anti-Israel, anti-USA, pro-terrorist & public shouting of the F…word, among many other terrible things, and the petrified Dems run for the hills,” he added.

President Trump concluded his pair of tweets by accusing Democrat leadership of being too afraid to reign in the progressive wing of the party. “Why isn’t the House voting to rebuke the filthy and hate laced things they have said? Because they are the Radical Left, and the Democrats are afraid to take them on. Sad!” he wrote.

..
Use the text below if the link above does not work

The purpose of this letter is to let you know that the ant-semitic rhetoric and behavior from Representatives Tlaib and Omar has gotten out of hand and needs to end.  They could have gone with the Congressional Delegation to Israel and learned what the country is about and how important Israel's relationship is with the United States.  Instead, they chose to go by themselves, and as evidenced by their agenda, promote their Palestinian Authority agenda.  Israeli Law 28 passed by the Knesset in March of 2017 clearly prohibits anyone who supports the Boycott, Divestment and Sanctions Movement from entering Israel (The Amendment No. 28 to the Entry Into Israel Law (No. 5712-1952) prohibits the entry into Israel of any foreigner who makes a "public call for boycotting Israel" or "any area under its control.... It denies entry, visa and residency permits to these affected foreigners). Both Tlaib and Omar have publicly supported the BDS movement .    As you well know, Omar introduced the only pro-BDS legislation ever to have been brought before the House. As a result, it  is totally within the sovereign nation of Israel's discretion to ban such people.

Tlaib appealed this law because she wanted to visit her grandmother.  Israel, graciously gave Tlaib permission to visit, in spite of the BDS ban.  However, Tlaib chose her political agenda over that of our beloved Israel and visiting her grandmother and made this a fired up political issue, refusing to abide by Israel's law.    Tlaib has called the word, "Holocaust," very calming.  And Omar has stated "may Allah awaken the people and help them see the evil doings of Israel."    Their anti-semitism is blatant and glaring.  The Democrats and the House of Representatives know all of this, but have chosen to ignore it.

That being said, there is worry that the House Democrats are going to try to consider legislative action against Ron Demner (Israel's ambassador to the US) and David Friedman (the US Ambassador to Israel) as a result of Israel's actions.  This blatant anti-semitism has got to stop.  Tlaib and Omar have demonstrated very anti-semitic, anti-Israel rhetoric and behavior which has not been condemned or censured.  Have the Democrats become the party of anti-semitism?  It certainly appears that way. This should not have gotten so out of hand.

Israel is our staunchest ally in the Middle East and perhaps in the world.  Is this how we treat our friends?   Please reconsider any action against Israel or the two ambassadors.  Please do not ruin this very important relationship in the Middle East.  It is the hope that the House of Representatives, whether Democrat or Republican recognize and protect the valued friendship we have with Israel and do not take action that would be very anti-Israel and anti-semitic.

Contact for Speaker Pelosi:  https://www.speaker.gov/contact/
(202) 224-3121 (phone number for the House)
Contact information so you can contact your representative in the House:   https://www.house.gov/representatives/find-your-representative
​
Tweets are below please do 10 and take a break for approx 30 min then come back and do the rest

[email protected] Tlaib & Omar stroke division & hatred! They're pro-BDS. Israeli law prohibits them from visiting. Israel is our staunchest ally & they're doing all they can to ruin this relationship. Nip this anti-Israel, anti-semitism in the bud. #TNM TheNewMovement.org

2.Palestinian Authority banned LGBTQ in their territory. Wonder what @Ilhan & @RepRashida say about that? Is that democratic & accepting? @tnmorg #tnm

5.If @RepRashida really wanted to see her grandma, she wouldve done so quietly. Israel gave her that chance. She chose not to, instead to attack Israel. She has said that "the Holocaust gives her a calming feeling." She is anti-Israel/semitic.#TNM TheNewMovement.org

[email protected] disrespecting our closest ally, Israel, for her pro BDS political agenda. @SpeakerPelosi @HouseDemocrats are you going to risk ruining this relationship because of 2 freshman reps who are anti-semitic/anti-Israel? #TNM TheNewMovement.org

[email protected] @SpeakerPelosi because of the actions of 2 freshman reps, are you going to turn your back on our closest ally, Israel? Omar/Tlaib are anti-semitic & pro-BDS, by their own admission. Are Dems the party of anti-semitism now? #TNM TheNewMovement.org

[email protected] You condemn Trump for being a racist, from #JIHADSquad Tlaib says "Holocaust gives me a calming feeling" Omar says "Jewish money controls Congress" AOC says "America has concentration camps" And Trump is the racist one here? #TNM @tnmorg

[email protected] doesn't like US, prefers Hezbollah & Syria, blames US 4 probsl in Venezuela, says Hezbollah & Al Qaeda sound nice, the word America sounds cold, on #911 "someone did something." #TNM But you condemn Trump? @speakerpelosi @HouseDemocrats @tnmorg

​Tweets are below please do the last 10
​

[email protected] pushed the “socialist future” of the Democrat Party & says current state of America's “garbage." But @SpeakerPelosi condemns @realDonaldTrump for supporting the US You must think voters are stupid. We aren't. We're watching #TNM @tnmorg

[email protected] @AOC says US is running “concentration camps” on Southern border & illegal immigrants are “more American than any person who seeks to keep them out ever will be." @POTUS calls her out & gets condemned? WTH?. #TNM @tnmorg

[email protected] defends Omar’s disgusting 9/11 comments ("somebody did something") & said we shouldn't be allowed to show pictures of terrorist attack cuz it's “triggering. @speakerpelosi, you condemn @POTUS for calling her out? I'm furious #TNM @tnmorg

[email protected] Says vile language is ok cuz “It’s Rooted In Where I Come ” @Ilhan Has No Regrets For Her Anti-Semitic Tweets. Still @SpeakerPelosi calls @POTUS racist for calling this out & they tell her to not be racist. #TNM @tnmorg What?