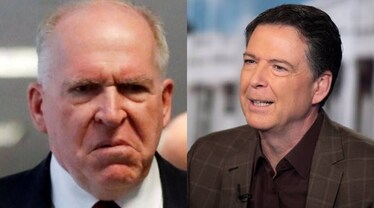 Subpoena, Subpoena, Subpoena!! We need to push hard to make sure this happens!!  The Senate Judiciary Chairman Lindsey Graham is preparing to ask his colleagues on the panel for blanket permission to subpoena dozens of Obama and Trump administration officials connected to the investigation of Russian interference in the 2016 election — and contacts between President Donald Trump's team and Russians.

Click Here to email Lindsey Graham and his staff

Use the text below if the link above does not work..

Since May 7, 2020, thanks to the revelation from so many documents released, we, the American people have learned that not only was there no Russian collusion, but members of the Trump Administration, were set up to be taken down.  We also learned that General Flynn was a firescreen to mask this deception and that a soft coup, to overturn the Trump Presidency  was initiated from the highest levels of government, then President Obama and even Vice President Biden.
Why these documents were not released earlier is mind-boggling. The Russia Collusion story has put Americans through hell and cost us a fortune.

We are asking that you open up an investigation and question everyone, yes everyone involved, from the highest levels of government, down to the lowliest person involved to undermine a Presidency. We deserve to know what happened. We deserve to know the truth.

Yes, there has been resistance from some members of Congress to do so, but we deserve the truth. We, along with President Trump, his campaign and even his family, have been put through hell. We want answers.

The Justice Department, also on May 7, 2020,  asked that  the criminal case against President Donald Trump's first national security adviser, Michael Flynn be dropped. The case which seemed to be based on lies about his contacts with Russia prompted Trump to fire him three years ago and special counsel Robert Mueller to flip him to cooperate in the Russia investigation.  It was also revealed that multiple members of the Trump campaign staff, including his children and General Flynn were unmasked.

On May 20, 2020, the mostly unredacted letter that Susan Rice sent to herself on the day Trump was inaugurated was released. Rice’s note sent to herself on Jan. 20, 2017, which was declassified in its entirety by acting Director of National Intelligence Richard Grenell and transmitted to the Justice Department, showed that former FBI Director James Comey suggested to Obama in a January 2017 meeting that the National Security Council [NSC] might not want to pass "sensitive information related to Russia" to then-incoming national security adviser Michael Flynn. As stated by K.T. McFarland (Former deputy national security adviser), Susan Rice wrote to herself and she’s saying, ‘Comey said that there’s nothing that Flynn has done yet to pass classified information to the Russians, but maybe he might in the future."

Sens. Chuck Grassley, R-Iowa, and Ron Johnson, R-Wis., made public on Wednesday, May 13, 2020,  a list of Obama officials who purportedly requested to “unmask” the identity of Flynn, who at the time was Trump’s incoming national security adviser. The list was declassified by Acting Director of National Intelligence Richard Grenell and sent to Grassley and Johnson.  The roster featured top-ranking figures, including then-Vice President Joe Biden, then-FBI Director James Comey, then-CIA Director John Brennan, then-Director of National Intelligence James Clapper, and Obama’s then-chief of staff Denis McDonough.


While it was expected that because of the Department of Justice's recommendation, the charges against General Flynn would be dropped, Judge Emmet Sullivan has refused to do so.Also, last week, Sullivan appointed a former federal judge — John Gleeson — to advise him on whether to grant the government’s motion to dismiss and whether Flynn should face the initial stage of a criminal contempt proceeding.

On Tuesday, May 19, 2020, Flynn’s lawyers also accused U.S. District Court Judge Emmet Sullivan of bias and asked that the case be reassigned for any future proceedings, which could include a possible contempt of court charge against Flynn for repeatedly affirming that he lied to the FBI in 2017 — something he now insists did not happen.

The release and redaction of all of this material also revealed that not only Flynn was unmasked, but also Trump, many of his campaign associates and his children were unmasked. As a result of all of the information released, it is apparent that there was a soft coup against Trump which began during his campaign, continued during his transition to the White House and after he was inaugurated.  He has asked Senator Lindsey Graham to investigate those involved. It appears that this came from the highest level of government at that time, the Obama White House. In addition, it appears that Joe Biden was also aware of what was going on and also was part of the unmasking scheme.

Even Marco Rubio, who was just appointed to lead the Senate Intelligence committee as Burr stepped down, is concerned about the Susan Rice email to herself. Let's hope he investiges.
https://www.foxnews.com/media/marco-rubio-susan-rice-email-flynn-leak
​ 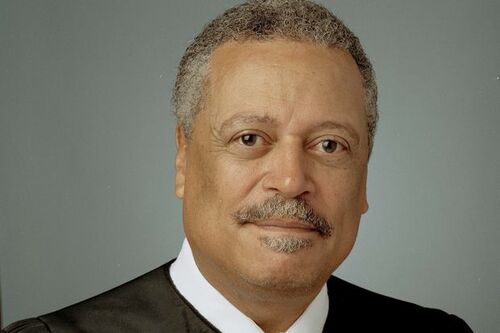 Flynn’s “strident views about Muslims” is most likely why President Obama chose him to be the Russia collusion hoax scapegoat.


The United States Attorney General dropped all charges against Lt. General Michael Flynn regarding the Russia collusion hoax after documentation clearly showed that he was wrongfully targeted by the Obama administration.  However, U.S. District Court Judge Emmet G. Sullivan declined to dismiss the case and instead is allowing amicus briefs to be filed against dismissal to advance partisan politics.

Forbes published a column which describes why Judge Sullivan’s decision not to dismiss the case against General Flynn is an abuse of his power.  The Forbes column is titled:  Judge Sullivan Disregards Two Controlling Precedents By Appointing Amicus In Flynn Case.  The column states in part.

U.S. District Court Judge Emmet Sullivan disregarded two controlling precedents from higher courts with his decision to appoint John Gleeson as amicus curiae in the U.S. v. Michael Flynn case this week. Judicial conduct similar to J. Sullivan’s in these prior, far less politically charged cases was roundly and unanimously condemned by Justice Ruth Bader Ginsburg, D.C. Circuit Judge Sri Srinivasan, and their colleagues across the ideological spectrum. So, whether or not one agrees with the Department of Justice’s call to drop its charges against President Trump’s former National Security Advisor, Gen. Michael Flynn, there should be widespread agreement that J. Sullivan has veered way out of line.

One week ago, the U.S. Supreme Court issued a 9-0 decision, authored by Justice Ginsburg, that took judges to task for similar amicus antics. Her opinion for the Court in U.S. v. Sineneng-Smith upbraided the U.S. Court of Appeals for the Ninth Circuit for violating a basic aspect of legal proceedings called the “party presentation principle.” In a nutshell, this concept dictates that judges must decide the case as presented by the parties before them. They are not to go out questing for dragons to slay (or issues to tackle) that the parties have not brought before them. As J. Ginsburg put it: “[C]ourts are essentially passive instruments of government … They ‘do not, or should not, sally forth each day looking for wrongs to right. [They] wait for cases to come to [them], and when [cases arise, courts] normally decide only questions presented by the parties.”

The media is already spewing lies to cloud the truth that the Obama administration targeted Lt. General Michael Flynn with the Russia collusion hoax.  Here are some of the leftist stories being published.

FLYNN’S STRIDENT VIEWS ABOUT MUSLIMS.  Lt. General Michael Flynn’s strident criticism of Islam is most likely the reason why Obama chose him to be the scapegoat in the Russia collusion hoax.

•    Politico reports:  Flynn also spent two years atop the Defense Intelligence Agency during the Obama administration, though that job ended in 2014 after he clashed with the CIA and senior Pentagon officials and shocked some of his colleagues with his increasingly strident views about Muslims.

•    November 18, 2016:  CBS produced a report titled Donald Trump National Security Adviser Mike Flynn Has Called Islam 'a Cancer.'   Subtitle: “I've been at war with Islam, or a component of Islam, for the last decade."

•  CAIR urged the president not to appoint Flynn to a White House post because of his history of anti-Muslim comments and associations. Flynn has claimed that "Islam is not a real religion, but a political ideology masked behind a religion," compared Islam to a "cancer," stated that fear of Muslims is "rational," and is a current member of the board of advisers for the nation's most virulent anti-Muslim hate group, ACT for America.

Denial of timely justice for General Flynn and political exploitation of courtroom is harmful, shameful.

Denying dismissal of the case against Lt General Michael Flynn so your courtroom can be used for partisan politics is shameful and harmful.  Denying equal justice and grandstanding amicus briefs for partisan politics will harm the confidence that millions of Americans have in our judicial system.  Please reconsider your decision and show America that your courtroom grants equal justice for all.

[email protected]_Jordan This soft coup against @realDonaldTrump has to be investigated from top to bottom or Lady Justice is blind. #ObamaBidenGate Call everyone involved to testify. #tnm @tnmorg https://www.thenewmovement.org/flynn.html

[email protected] This soft coup against @realDonaldTrump has to be investigated from top to bottom or Lady Justice is blind. #ObamaBidenGate Call everyone involved to testify. #tnm @tnmorg https://www.thenewmovement.org/flynn.html

3.#ObamaBidenGate has got to be investigated. Everyone involved in this soft coup against @realDonaldTrump needs to be investigated, even from the very top levels. @LindseyGrahamSC @GOPLeader @senatemajldr @DevinNunes @Jim_Jordan Americans want justice. #tnm @tnmorg https://www.thenewmovement.org/flynn.html

[email protected] Wow. Ongoing spying from an outgoing POTUS on the incoming POTUS—directed by Obama himself—is unprecedented in the 243 years of our nation’s history. #tnm @tnmorg https://www.thenewmovement.org/flynn.html