​President Bill Clinton's decision to lie under oath about his consensual affair with the White House intern Monica Lewinsky almost forced him from the presidency.
But allegations made by four other women that Clinton either sexually assaulted or harassed them have done little to discredit him among his supporters. Clinton has denied all of the allegations against him, including those made by four other women who say they had consensual extramarital relationships with him. 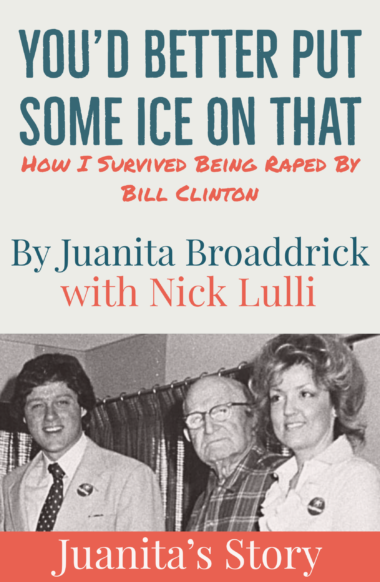 Holidays are almost upon us. If you want to receive your autographed copy of my book by December 24th, 2018, you must order by Monday, November 26, 2018 from my website below. Also, link to Amazon for unsigned and kindle.
Juanita Broaddrick,
Is a retired registered nurse and former nursing home owner.   In 1999, she burst into the public consciousness when she accused President Bill Clinton on national television of raping her as he ran for Governor of Arkansas.  It was a TV appearance she dreaded but felt compelled to come forward after being deposed by Independent Counsel regarding the events of April 25, 1978.   The NBC Dateline interview, however, was held by NBC until after the Impeachment hearing was over and finally aired two weeks later opposite the Grammy Awards.

After the trauma of relating the horrific events on national TV, Juanita wanted nothing more to do with the media and faded from the public eye until the Presidential Campaign of 2016.    It was then she heard about a tweet Hillary Clinton had made late in 2015.  Hillary tweeted, "I want to send a message to every survivor of sexual assault.  Don't let anyone silence your voice. You have the right to be heard.  You have the right to be believed….and we're with you".   Juanita could stay quiet no longer, remembering how she and the other victims of Bill Clinton had been harassed and threatened by Hillary Clinton.
She asked her grandson to show her how to use Twitter.

On January 6, 2016, Juanita tweeted, "I was 35 years old when Bill Clinton, Arkansas Attorney General, raped me and Hillary tried to silence me.   I am now 73….it never goes away."   The tweet went viral, instantly, and she has been tweeting in support of Donald Trump ever since.   Juanita, along with other victims of Bill Clinton, appeared with Mr. Trump at the 2nd presidential debate October 9, 2016, in St. Louis.  She has been interviewed numerous times on Fox News by Sean Hannity, Laura Ingraham, Martha MacCullam, Judge Jeanine and Jesse Watters,  on CNN by Jake Tapper and SE Cupp, on OAN TV by Graham Ledger and on CRTV by Eric Bolling.  She continues to do  interviews on national radio shows, including the Sean Hannity radio show.

Juanita has written a book about her life and the years of trauma and emotions of being raped by a powerful man.   Now as we see the women coming forward telling their stories of sexual assault by another powerful Attorney General from New York, she remembers what it was like so many years ago.   Their comments in the New Yorker are a haunting reminder of what she went through.  One said, "What do you do if your abuser is the top law-enforcement official in the state?"   Exactly, …….her thoughts four decades ago.  And now we see the double standard by the Democrats by elevating the uncorroborated allegations of Dr. Christine Ford while turning their backs on Broaddrick during the impeachment of Bill Clinton 1999.

Juanita's book is titled, "You'd Better Put Some Ice on That".  Those are the words Bill Clinton said to her after he raped her, referring to her swollen, bleeding lip.  Those words will forever be a reminder of that day in 1978. 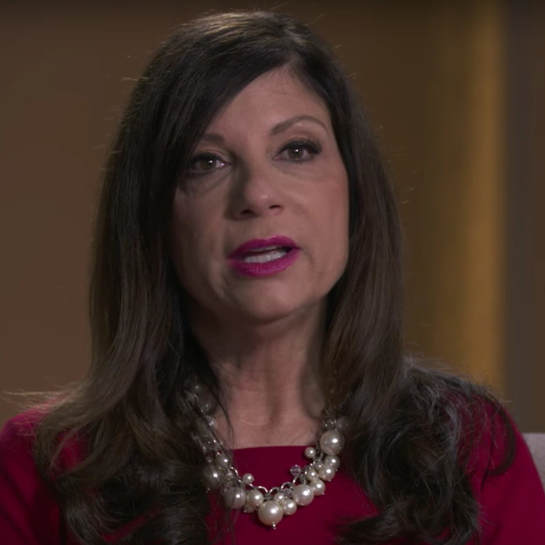 Leslie Millwee,
A former broadcast news reporter in Arkansas has come forward to publicly accuse Bill Clinton of sexually assaulting her several times in 1980.
In an interview with Breitbart News, formerly run by Trump campaign CEO Stephen Bannon, former reporter Leslie Millwee said Mr. Clinton, who was serving as the governor of Arkansas at the time, repeatedly made sexually suggestive comments and touched her inappropriately on three occasions while he was visiting her at the now-defunct news station KLMN-TV.
​
Breitbart News said it interviewed several of Ms. Millwee’s co-workers who confirmed her account in separate interviews. Ms. Millwee said she thought about coming forward in the late 1990s when the Monica Lewinsky scandal broke, but she ultimately decided not to out of fear for the media storm that would inevitably follow.

​“I was very prepared to go forward then and talk about it, and I watched the way the Clintons and Hillary slandered those women, harassed them, did unthinkable things to them,” she said. “I did not want to be part of that.”

Ms. Millwee said the worst of Mr. Clinton’s abuse was in a small, isolated editing room at KLMN. The first time, Mr. Clinton groped her and laughed when Ms. Millwee told him repeatedly to stop, she said.
She said on the second and third occasions, Mr. Clinton groped her from behind while he rubbed his genitalia against her back and reached climax.
​“I was crying,” she told Breitbart. “The third time it happened it was just so overwhelming.”

She said that she felt “trapped” in the editing room and that she felt there was “nothing I could do to stop him once he started.”
Ms. Millwee said the final straw was when Mr. Clinton showed up at her apartment and knocked on her door for five to 10 minutes begging her to let him in. She quit her job at the news station shortly afterward.

Karen Pharis, who was Ms. Millwee’s editor and later became KLMN TV’s acting news director in Fort Smith, told Breitbart that she was surprised at the time by her colleague’s abrupt departure. She wasn’t made aware of the alleged abuse until Ms. Millwee told her about a year ago.

Ms. Pharis, who is currently the general manager of the Fort Smith Radio Group, said she “finds Millwee to be credible and that she has no reason to doubt Millwee’s story, explaining that it was a different climate in 1980 for female sexual assault accusers to go public or to tell their superiors about alleged assaults,” Breitbart reported.

Ms. Milwee made the accusation just hours before Mr. Clinton’s wife, Democratic presidential nominee Hillary Clinton, was to face off against Donald Trump in their final presidential debate Wednesday night.